From Les Cases d’Alcanar, walking along the Marjal beach, you will find a good number of machine gun shelters dating back to the Spanish Civil War of 1936, one of the most complete sets found in Catalonia and complemented by fortifications at the foot of the Montsià mountain range.

The machine gun shelters are defence structures that were linked to a complex made up of refuge and gunpowder trenches excavated in the subsoil. They are made of bricks, mortar, concrete and iron to withstand the impacts of the projectiles.

These constructions, together with the coast batteries, were part of the Alcanar coast fortification. They were built during the Civil War by the Spanish War Ministry of the Second Spanish Republic to defend themselves against a possible landing of fascist ships. Les Cases d’Alcanar was a strategic point for its privileged view over the Alfacs Bay. 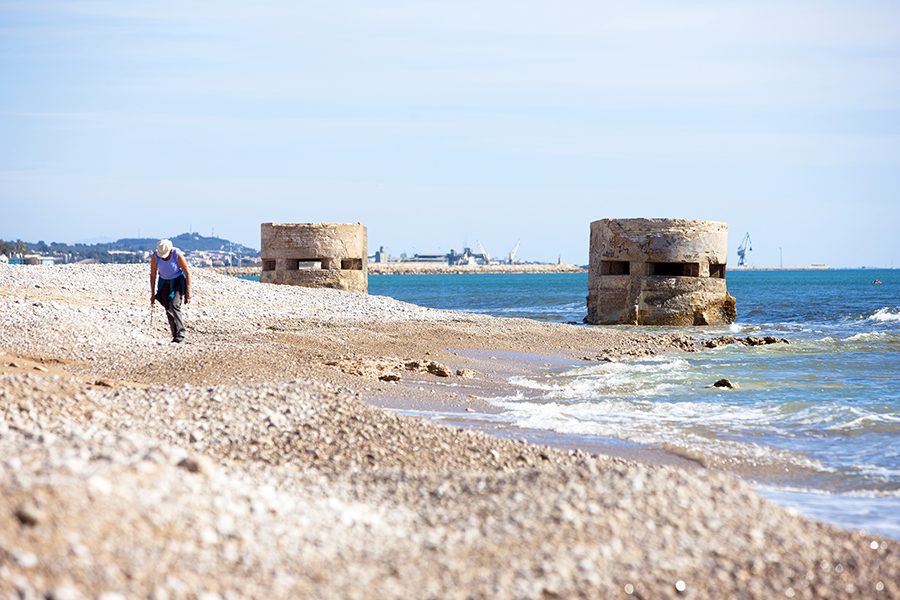 All in all, Alcanar is the town with Catalonia’s most coastal heritage related to the Civil War. We encourage you to explore all this heritage both on the beach and in the village.