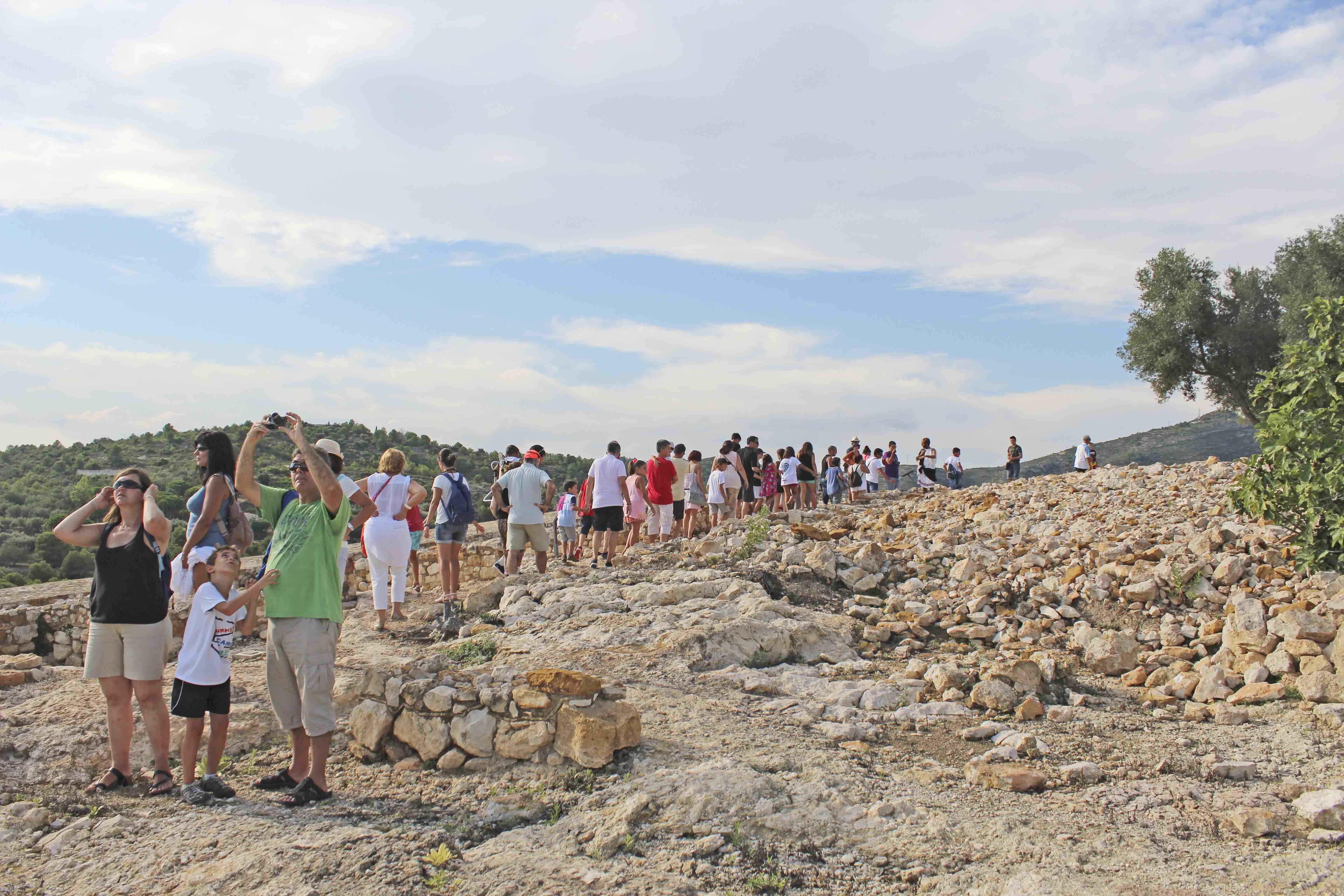 According to the poem “Ora Maritimi” by the Roman writer Avienus, between Peñíscola and the Ebro Delta, long before his times, there were numerous settlements and one of these was Tyrichae, also known today as Tyrika . According to Avienus, Tyrika was a great centre of fortified power, known for its wealth and port of arrival of goods from all over the Mediterranean. Some experts locate Tyrika in the fortified residence of Sant Jaume d’Alcanar, currently under excavation, of which the Pre-Iberian and Iberian village of La Moleta del Remei is open to visits; it was one of the settlements that remained under its control.

La Moleta del Remei is one of the most important Iberian sites in Catalonia. It was declared historic-artistic monument in 1979. It was built, along with five more sites in the area, long before the arrival of the Iberians, possibly by people coming from Lower Aragon and seeking to establish commercial relations with the Phoenicians that frequented our coasts. 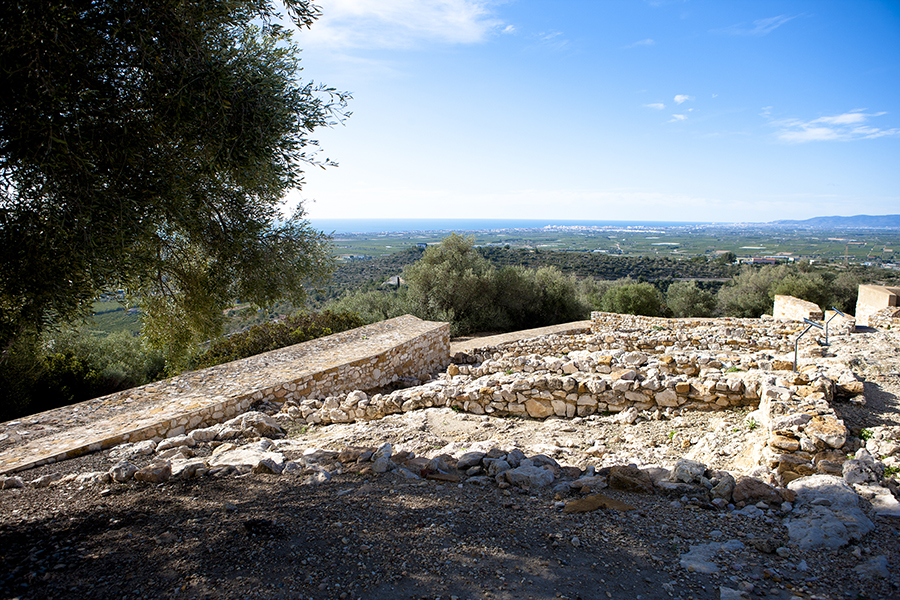 With its 4,000 m2 it was one of the largest settlements in the north-east of the Iberian Peninsula during this pre-Iberian period, and hosted a community of about 500 people, very numerous for the standards of those times. Located on a soft hill, oriented to the rich agricultural land around it, it hosted a large group of families, possibly all of them related to each other. People who were focused on farm work, growing mainly wheat, barley, lentils, white peas and green peas, resources that complemented the livestock and, to a lesser extent, foraging and hunting.

Each family lived in houses of slightly more than 20 m2, possibly on two floors, where a fireplace was the centre of the everyday life. The majority of the houses are oriented towards a large central area, which is undoubtedly the largest central square of all the towns of this period in whole Catalonia. 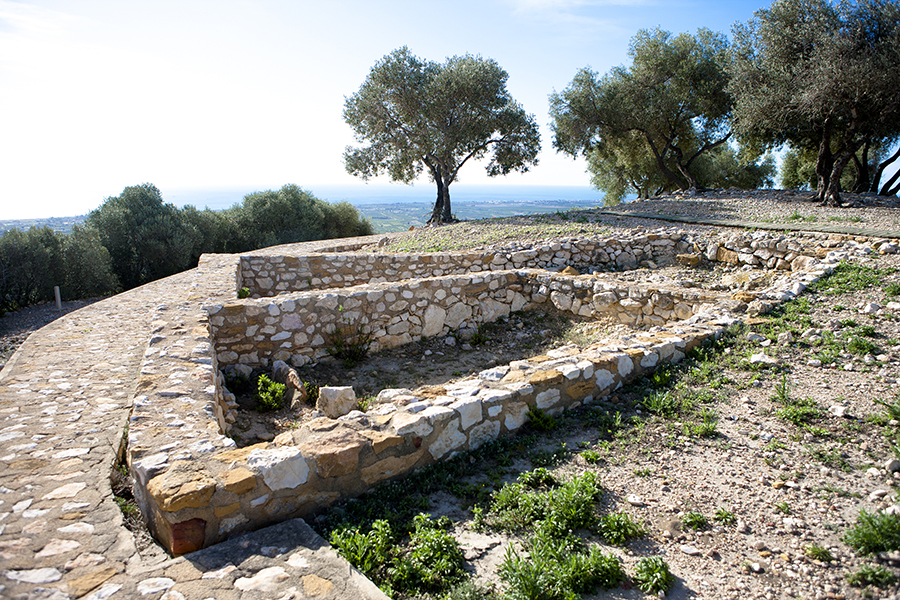 After this first period, around 600 BC, La Moleta was abandoned. But just 150 years later, other people, the Iberians occupied revamped it and settled there until the 2nd century BC. The town has been excavated archaeologically almost entirely, and offers a visit, which is both entertaining and pleasant.

This site’s name is due to the neighbouring Remei hermitage, dedicated to the municipality’s patron saint, the Virgin of Remei. A must-see religious building that is characterised, especially, by the Mediterranean colours of the roof tiles. 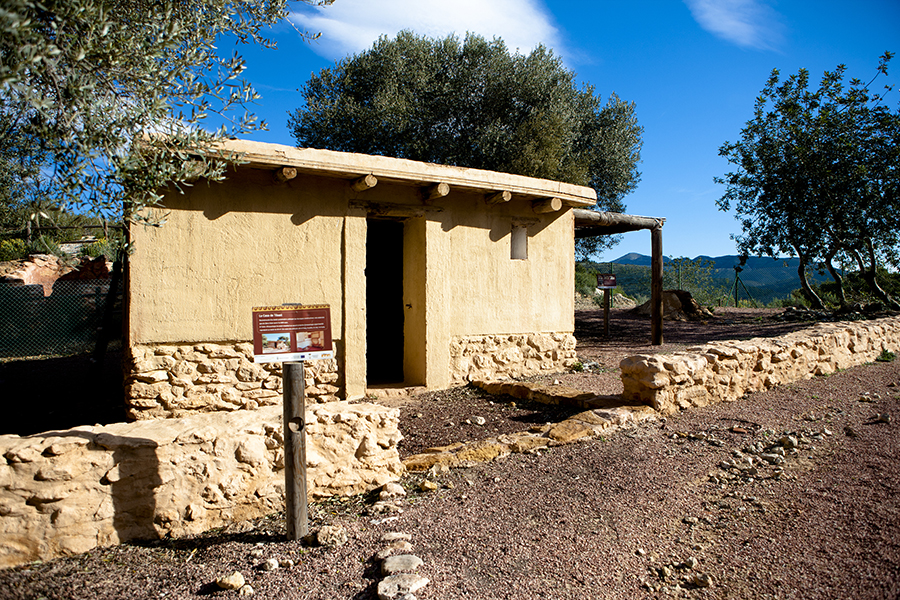